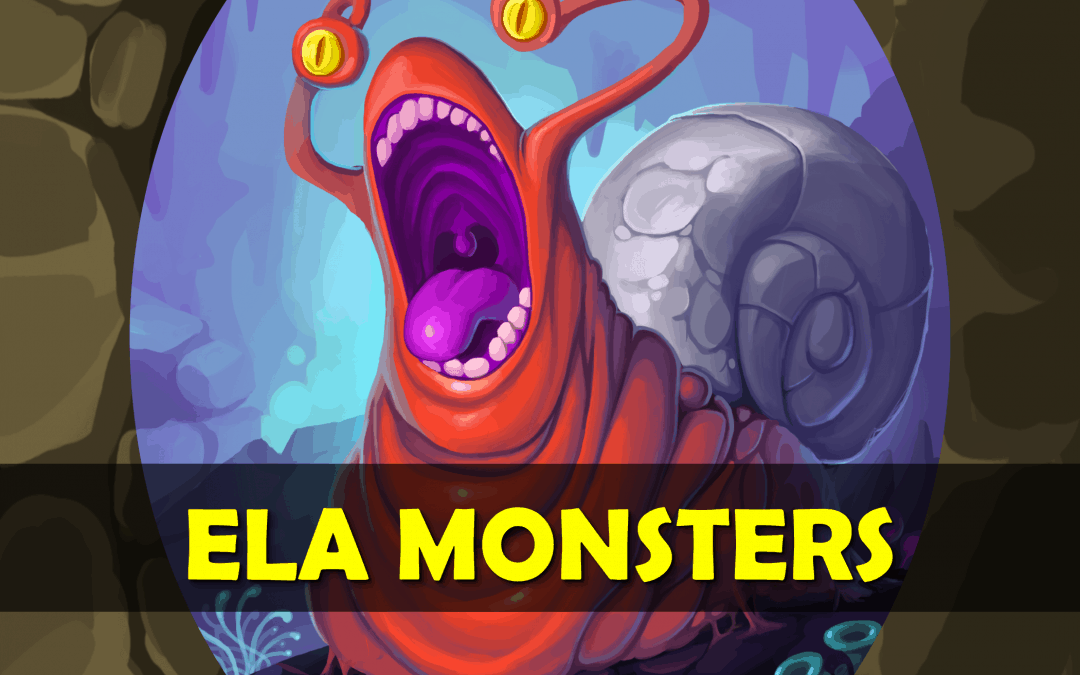 “The old tales tell of such wizardly barriers, which open not to a key such as ye can put in your pocket, but to a rhyme or a riddle’s answer.”

I grew up reading folk tales where language was almost magical, and words were full of power. Evil creatures like Rumplestiltskin could be defeated by a single word and Goblins could be driven away by rhymes and songs. Writers like Ursula Le Guin managed to capture this idea through magical words that had the power to shape characters and landscapes too.

But words don’t just have power in folk tales do they?

Words have tremendous influence in our world here and now.

And one of the challenges for us teachers is helping students to understand, access, and be inspired by this power.

Unfortunately, there are many monsters of distraction that crowd in and block the path to true mastery of language.

Something I’ve noticed time and time again in my classes is that my students don’t seem to remember figurative language easily. Even simple literary devices like similes and metaphors are often confused by students, and this gap in knowledge makes the higher-order tasks (like essay writing!) all the more difficult.

To make matters worse, students are regularly bombarded with dry and boring worksheets of figurative language that are all too often disconnected from any meaningful story or purpose.

I’ve been trying to think of ways to fight these monsters of boredom and disconnection, ways to inspire students and help them learn and appreciate different literary devices.

To help students recall each language technique, I wanted each monster to exemplify the technique in some way. I wanted students to interact with the monster (as in a conversation) and I had the idea that defeating a monster could involve spotting its weakness. The final piece in the puzzle was realising that these creatures could be vulnerable to the very technique they demonstrate, so to defeat a monster you have to turn its own language back on itself. Check out this skeleton. He models simile, and similes are also his weakness!

No you won’t. I’ll crash my way out of here!

Oopsy! This lanugage contains onomatopoeia (“crash”) but no simile.

The skeleton advances towards you!

You can’t get me. I’m as fast as lightning!

Nice job! You found the simile and turned the skeleton’s language against itself!

You have defeated this smart as bone skeleton.

Look at you! You’re just a pile of rags.

Oopsy! This is a metaphor, because it compares the skeleton to rags DIRECTLY (doesn’t use “like” or “as”)

The skeleton advances towards you!

Once I got started with this idea I quickly got excited.

I started to wonder if I could build a whole ecosystem of monsters that students could interact with – in a more interesting way than a typical worksheet. At the same time, I was hearing about how much fun teachers were having with BOOM cards, so I decided to investigate and see if I could turn these little monsters into a digital set of task cards. I’m pleased to say it worked!

I focussed on 5 of the main language techniques (Metaphor, Simile, Personification, Alliteration, and Onomatopoeia) and came up with a 3 monster cycle structure – Each deck is focussed on 1 main technique and 2 minor techniques alongside it. This structure helps students focus on learning one thing thoroughly, but also allows them to consolidate their learning later on, as the same technique will feature (as a minor technique) in 2 other decks in the cycle.

I do have some ideas for making an EPIC version of this monster battling idea (maybe even a full-blown escape room?) but these BOOM cards are a good step on the journey towards helping students appreciate and learn the power of language. One huge plus for teachers is that these decks are auto-grading. This means you can buy them once, use them year after year and rest easy knowing that students are getting immediate feedback with every question.

Now my first 5 decks are complete and I must say, even with the limitations of the BOOM site, I’m pretty happy with how they turned out! They’re pretty fun and amusing, and I’m hoping that students will find them much more engaging and memorable than the typical worksheet. I even put them all together for a discount in my first ever bundle which you can check out HERE!

My next quest is to make a new cycle of decks based around the language of persuasion (rhetoric)…
…but that’s an adventure for another day!

For Discussion:
How have you fought the monsters of boredom in your class recently? Do you have any success stories to share?