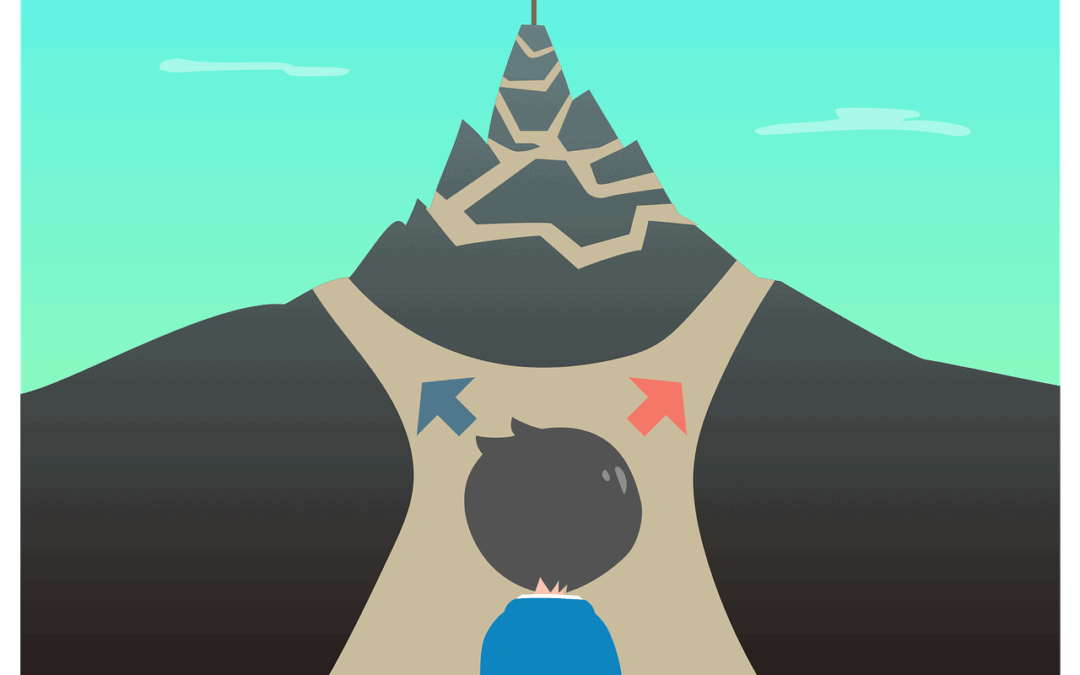 Arthur pulled his sword from the body of the beast. The villagers came out of hiding, carrying the wounded boy.

What did Arthur do next?

Arthur wiped the dark blood on the fur of the twitching wolf at his feet.
“You owe me,” he growled as the villagers crept closer in awe. The white-haired old man helped the wounded boy forward.
“Please!” said the old man. “We can never hope to repay you. But if you heal this boy we will tell the tale of your deeds for five generations.”

Arthur tossed his sword aside and quickly knelt by the oak tree.
“Lay him here,” he said quickly, “and bring water from the stream.”
A white-haired old man helped the wounded boy lie down at the foot of the tree. The boy’s eyes were closed, but the old man’s eyes were wet with tears.
“We will never forget you!” he said, “and we have some gold to give you once the boy is well.”

Hopefully that choice got your attention, because one of the keys to good gamification (and student engagement!) is choice:

If you want to lessons that feel like games, give your students meaningful choices over their learning.

Why is this? The answer is simply that meaningful choices are a key ingredient in any good game.

If a game is basically a challenge with rewards, a good game is a challenge in which you can make meaningful choices to achieve a reward.

One reason that snakes and ladders is… (spoiler alert!) … NOT a good game, is that it never gives you a choice. You simply roll the die and advance that number of spaces, hoping against hope that you don’t hit a snake. As a kid, you may have felt some level of excitement and dread when you got a ladder or a snake, but over time this becomes less decidedly less exciting. Adults (and certainly older kids) realise they’re essentially watching a random dance tire itself out. They can’t really invest in the game because it doesn’t give them any real agency.

On the other hand, rock, paper, scissors has endured the test of time and is played by adults all over the world. While it is still about as simple as a game can get – it gives players a choice – and the choice you make actually determines the outcome of the game! There is some skill to it as well, which makes your choices meaningful. Try to defeat this AI if you don’t believe there’s some strategy involved!

So giving students choice is important. But how do we actually do this in our classrooms?

Giving students autonomy has its own set of challenges of course. Increasing choice can be somewhat daunting for teachers who have a syllabus to adhere to. If your students are all choosing different paths through their learning journey, how do you know they’re all on track?

The important thing to realise is that student choice doesn’t mean giving students total freedom over every aspect of the learning. No game does that either. In fact, according to this excellent Mindshift article, the key is to balance thoughtful direction with autonomy:

“Games have clear objects, but no one set path to that victory. This is where strategy comes into play. [It]… feels different than traditional school because it is different. Students have an opportunity to create their own experience within the game.”

-Matera, author of Explore like a Pirate as quoted in Mindshift

As teachers and designers, we must decide where students’ autonomy will reside. The important thing is to make sure they do get some choice, and that their choice is meaningful.

Educators using roleplaying games in the classroom have found that giving meaningful choices to students (within predefined limits) tends to boost student engagement and curiosity:

“Freedom to push and pull at the game’s narrative and ruleset provides students with a sense of greater personal ownership, and therefore greater depth of knowledge about content than usually accompanies schoolwork”

-Slota, editor of Exploding the Castle as quoted in Mindshift

This idea of using choice as a motivational hack is also echoed by Gameful, for instance. For them, choice isn’t an optional extra, but one of four key ingredients in successful gamification. They recommend giving students “some choice over their learning environment” in order to instill “a feeling of ownership.”

Gameful also recommend a few areas in which teachers can give students choice and autonomy over their learning:

2. Minor assignments  (ie students can choose any combination of

One very simple example of this can be seen in Jigsaw strategies where students are divided into groups to research different topics (within a broader subject) and then report back to the group.

Another tool that teachers can leverage for student learning is Interactive Fiction (also known as IF), because it allows students to engage with narrative (or puzzles etc) in different ways.

The interesting thing about interactive fiction is that it can provide the best of both worlds – thoughtful direction as well as engaging choice. As Brendan Desilets notes in Teaching and Learning with Interactive Fiction:

“the reader plays the part of an important character, deciding, within limits, what action that character will take, the story must pause, quite frequently, to give the reader a chance to contribute to the narrative.”

One perk with interactive fiction is that the teacher can relax knowing that students are on the same journey (so to speak) but students also get to enjoy customising the paths they take on that journey.

I’ve been thinking about this a lot recently and I have started experimenting with a free and open-source program called Twine which can be used to write interactive fiction and even make text-based adventure games.

After a lot of fiddling around, I came up with a dynamic writing prompt (made using Twine) to help students write fantasy short stories. This little video is pretty rough, but it gives you an idea of the potential of Twine:

The really fun part for me is the possibilities that emerge from the different plot combinations. Try it out here if you want.
(I certainly didn’t consider every one because there’s almost 20 million!)

Some combinations are interesting. Some are downright silly! But I suppose the idea was that students could quickly find a plot idea they could use to guide their writing. And so far, the anecdotal feedback I have gotten is pretty positive and I believe that’s mostly because it leverages choice effectively.

It’s not yet a game though, because it doesn’t have a concrete challenge or rewards… I do have an idea for that though, and hopefully, I can show you soon!


For discussion:
What role does choice play in your learning as a teacher/learner? Have you found any approaches that work?